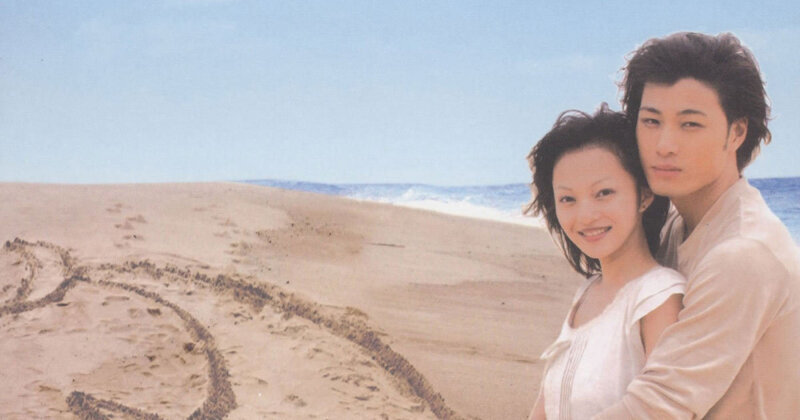 It has been 17 years since the 2003 Taiwanese hit idol drama At Dolphin Bay. Thanks to a recent episode on Zhejiang TV’s new music reality program The Treasured Voice, we had a massive dose of drama nostalgia when it brought together the breakout serial’s leading stars, Angela Zhang, Jill Hsu and Ambrose Hsu (who appeared via a video call).

Angela is one of the ‘musical partners’ on The Treasured Voice alongside Leehom Wang, Alec Su and Tiger Hu. In the episode, Angela sang the theme song ‘The Lost Happiness’ with Ambrose, and listeners were immediately transported back 17 years ago.

The serial, which also starred Wallace Huo, was an emblematic show for many a teenager back in the day. Buckets of tears were shed watching the orphan Little Bottle Cap grow up to become aspiring singer Yi Tian Bian, and later, as she gets embroiled in a tragic and complicated love story with the two male leads. Heartstrings are bound to be tugged every time we hear the theme songs.

The female protagonist of At Dolphin Bay is the brave and talented Yi Tian Bian, played by Angela, who possesses a beautiful voice encapsulated in the theme song ‘Journey’. In the show, Angela utters the iconic phrase as she sings the song, “I am Contestant #6 Yi Tian Bian, please listen to my voice, you will know how different it is”. Her vocals were astonishing and still gives us goosebumps today.

In the drama, ‘Journey’ narrates the dream Yi Tian Bian had for herself. In her real-life showbiz comeback on the Chinese reality singing competition Singer 2018, Angela too named one of her performances — a medley of theme songs — ‘journey’. In a case of life imitating art, Angela’s journey mirrored the ups-and-downs and hopes and dreams of Little Bottle Cap.

From her humble background to complicated family issues, Angela also had a tumultuous journey in her career that has been marked by huge debts chalked up by her family members and ugly, public mudslinging which led her to quit showbiz.

After a long hiatus, her hugely successful 2018 return to the scene, catapulted by Singer 2018 and her well-received world tour in China, feels like a fitting career peak for Angela’s journey — and perhaps that of the reel-life character Little Bottle Cap. Having experienced life in its lowest and most painful form, Angela’s rendition of ‘The Lost Happiness’ has a different ring to it and her vocals — once described as ‘kissed by an angel’ — now reaches its listeners in ways never before.